The Duty Calls For Victory

Call Of Duty mobile is a great multiplayer FPS game for mobile phones. Released in 2019, this game amassed millions of downloads on the first launch day. This game successfully brought the solid gameplay of its console and PC versions to the small screens for free.

If you want to get better at this game and climb the leaderboards to the top, then read this guide now. We have gone over what game modes you can play and some essential tips and tricks you must know to become the best.

How Many Game Modes Call For My Duty?

There are three Call Of Duty mobile game modes:

The Call of duty mobile multiplayer mode is the standard way to experience the great gameplay of this mobile game. Here, there are two teams of 5 (Alpha and Bravo) that try to complete the objectives of the game mode.

The first team to reach the score limit by completing objectives wins. If the match’s timer runs out, then the team with the most points wins.

Before entering the match, you can select which loadout you want and which operator skill to equip. You can equip only one operator skill and have five load-outs ready. In addition, you can swap between all your loadout between each round and whenever you die and respawn.

After each match, you get points that are added to your multiplayer rank. The higher rank you reach, the better players you will face off in each game. In addition, you can equip several skills in each match – powerful bonus weapons that you can use in a cooldown each match.

The rank ladder that you can climb are:

There are various 5v5 multiplayer game modes in Call Of Duty mobile:

The standard 5v5 CODM game mode. Two teams of five slaughter each other till the first team to get 50 kills gets the crown. The teams spawn at fixed locations.

Same as Frontline, except the spawn locations are randomized each time you respawn. This mode can get chaotic quickly, and team cooperation is not seen in lower ranks. The first team to 40 points wins.

In my opinion, this is the best 5v5 Call Of Duty experience on the small screen. Here, rounds get played out, with one team being the attacker and the other being the defender.

The attacker must plant a bomb, while the defender must prevent the bomb from being planted and defuse it before the timer runs out. The first team to win seven rounds wins the match.

The attacker and defender teams get role-reversed after five rounds. Also, you do not respawn when you die and can only spectate your remaining teammates until the next round starts.

In this game mode, there are three zones on the map. At least one player from a team must stand on it to gain control of it. Doing so gives the team some points while getting 100% control of the zone nets even more points.

V. Free For All

There are no teams in this game mode. Instead, you fight alone for kills. The first player to get ten kills wins. Therefore, using the best Call Of Duty Mobile gun is necessary.

Here, players drop their dog tags when they die. Therefore, after killing an enemy, you need to go to their corpse and collect the tag to “confirm” the kill and get points. However, you can collect your teammate’s dog tags before enemies to deny them points. The first team to collect 40 dog tags wins.

This mode is similar to Domination. The only difference is that there is only one contestable zone here, which changes its location every minute. The first team to score 150 rounds wins.

This mode is similar to seek and destroy. The only difference is that there are two teams of two players contesting a hardpoint zone. Being the first to kill the opposing two players or gain control of the zone wins the round. Winning six rounds nets you the match.

PUBG Mobile and Fortnite made battle royale games a mainstream gaming success. Since then, others have copied that game mode with a twist to get themselves a piece of that success. Call of Duty mobile is no different here.

In this mode, 100 players drop on a map with only their pistols in their hands. You have to collect weapons and armor to protect yourself and kill anything that moves. The last player standing wins the match.

However, you must mind the shrinking circle, or else you will get caught up in the storm. You can play this mode solo or with a friend or three as a team. You also climb the ranked ladder here too.

As skills in the 5v5 multiplayer, you can select a class with a unique skill. These classes are:

You play as a team of four to survive waves of zombies. After each wave, you get money to buy new weapons and heal yourself. To win, you need to survive ten waves and their respective “boss zombies”.

How To Serve Your Call Of Duty Better?

1. Gunsmiths Always Locks and Loads Up

Before entering a match, you can always change your loadout in the Gunsmith section in the main menu. Here, you can equip two different primary weapons, a sidearm (pistol) and a melee weapon (knife).

In addition, you can also change each attachment of the gun you have equipped. Therefore, you have the freedom to mix and match them to suit your playstyle. The best COD mobile loadout includes:

2. The Duty Calls For Your Class Skill

Your equipped operator skills in multiplayer and our class in battle royale can change the game in your favor. Therefore, coordinate with your teammates to equip the right classes and skills to create combos and build team synergy.

Running and aiming for the head while constantly moving takes skills to master. Therefore, start putting in the effort from the start and become a Legendary soldier in no time.

4. Customize Your Controls To Better Suit Your Killstreaks

You can customize the size and shape of each button to suit your controls. Therefore, find the right sizes and positions to suit your playstyle. In addition, you can also use a Call Of Duty mobile controller if you have one.

5. Go For The Hunt With Coordinated Assaults

Call of Duty Mobile is a team-based game. Therefore, use voice chat or enter a Call Of Duty mobile discord channel to coordinate and strategize with teammates to win every round.

6. Learn Every Inch Of The Map

Remember all the locations on the map. Learn where the best positions are, the best lanes, and the best windows and high ground to take advantage of.

Yes, you can play Call Of Duty mobile PC by using either:

Q2. How Many GB Is Call Of Duty: Mobile Now?

This game will be approximately 3GB in size in 2022. This will continue to increase slowly as more Call Of Duty updates get rolled out.

Q3. Is It Worth To Play Call Of Duty: Mobile?

While it started out as a great gamer, several recent balance changes and the prevalence of many bugs and hackers in the games have lowered its worth in 2022. However, the gameplay still remains solid.

No, it is not enough. We recommend using a smartphone with 4GB RAM to play the game without much lag. 6GB RAM or more will be the best.

If You Get A Call Of Duty, You Answer It

Call Of Duty mobile is a fun game where you shoot enemy heads, lob grenades at them, and blow them into bits. However, doing so also requires a lot of skill and practice.

Master the movement and shooting mechanics of the game, and learn how to use your skills the right way. In addition, pay special attention to your loadouts to ensure that you have the best versions of the gun equipped to take the fight to the enemy’s doorstep (or spawn point).

If you want tips and tricks and beginners guides about other great mobile games, check them out here at World Tech 24! 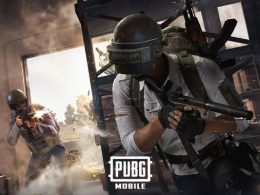 Many people consider PUBG Mobile to be one of the best games for a mobile phone. This game…
byDebamalya Mukherjee 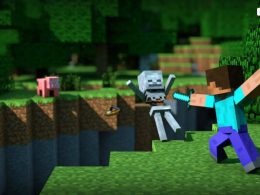 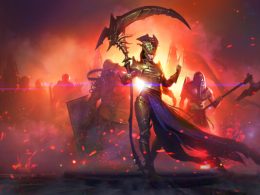 Raid: Shadow Legends is probably a name that you have across a million times by now. If you…
byDebamalya Mukherjee