Raid: Shadow Legends is probably a name that you have across a million times by now. If you follow many YouTube channels of gaming content creators, you must have seen this game being promoted by them. It has already become a running gag in the community that if you have a Youtube gaming channel, you will be sponsored by Raid.

This game is one of the most profitable mobile games, despite its aggressive microtransactions in the last few years. One of the primary ways to earn new heroes here as a free-to-play player is by earning Void shards.

Therefore, if you want more Void Shards to unlock the characters and weapons that you want, then read this guide right now.

What Are Void Shards In Raid Shadow Legends?

Raid: Shadow Legends is a free-to-play gacha game. This means that there are many unlockables in this game that you cannot buy using normal currencies (Ancient Shards). To get these premium rewards, you have to buy them with premium currencies obtained using real money.

There are various Void heroes that require you to draw for them using only Void shards. These shards are a special version of the normal shards that you get from simply playing this game.

Void heroes are some of the most powerful characters that you can get your hands on in this game. This is because they do not have a counter-affinity.

Raid Shadow Legends Void shards are rare and can only be earned through doing specific quests and activities in-game. To make your time and effort count, I have created this guide to help you earn void shards faster. Start reading to learn the various ways to do so.

When you start playing the game for the very first time, you will get some Void shards as log-in rewards. You will get these shards at certain intervals, depending on the number of days you have logged in.

Overall, these free void shards from log-in rewards don’t add up to much, they are still useful nonetheless.

You get free void shards Raid Shadow Legends at these milestones in the first three months of logging in:

Here, you will get void shards after every 30 days of completing daily quests.

This is not a guaranteed method since the rewards are randomized, but you can get void shards from completing Arbiter challenges. These special challenges are pretty difficult, so play them with a strong team.

You will get randomized rewards from completing these challenges, like books, gems, and void shards from Raid Shadow Legends Summon Rush.

Every now and then, the developers of this game, Plarium, will hold special events for players. Here, you simply have to complete these limited-time events to get cool new rewards, including Void Shards.

Simply keep an eye out for the Events page in-game and check their rewards for completing them before you start playing.

There are various Brutal Clan Bosses that you can take down in specific missions in Raid Shadow Legends. These clan bosses are difficult, and I would recommend teaming up with your friends to take on these raid bosses.

You can do them early on after starting the game since the first few bosses are not that difficult. Defeating these bosses (once per day) gives you a clan chest, which contains a random amount of void shards.

After you have played this game for a few days, I would recommend joining a Shadow Legends clan to play with other players. Soon, your clan will compete with other clans (similar to Clash of Clans).

Depending on how active your clan has been and the number of games you have played, you will reach certain milestones. The higher ranks you hit, the more rewards you will get, including Void Shards.

The gates of Raid Shadow Legends Doom Towers open up for a limited time every month. There are two difficulty levels here – Normal and Hard. Progressing through various floors in these doom towers will ensure that you get good rewards, including Void shards.

Raid Shadow Legends ranked mode can be a brutal experience for new players. Therefore, after you have reached the Silver rank there, you can start partaking in 3v3 Tag Team Battles in the PvP Arena.

By playing (and winning) ranked games, you will be able to get free Gold Bars. Collect enough gold bars and cash them in to get great rewards such as Void Shards.

Sometimes, playing with friends is the best way of experiencing Raid Shadow Legends PvP modes in online multiplayer games. Plarium is generous enough to offer you great rewards if you can get a new player to join by referring them to this game.

When they create their accounts and start playing, you will be getting free Void Shards as a reward!

Some of the most frequently asked questions regarding void shards are:

Q1. Is It Hard To Get Void Shards In Raid Shadow Legends?

It is not difficult to get void shards in Raid Shadow Legends. You simply have to grind a lot and get them if you are a free-to-play player and not a whale.

Q2. How Much Does The Special Void Packs Cost In Raid Shadow Legends?

If you have decided not to grind any longer and give into our temptations, then you can directly get the Void Shard Special Offer Packs. The costing of these packs in Raid Shadow Legends are as follows:

Q3. How Can I Play Raid Shadow Legends PC?

Raid Shadow Legends can be a very addictive game for many as you spiral down this game to earn more rewards and new heroes. Building a great time is one of the main objectives in this game, apart from defeating your enemies in PvP.

However, building a great team requires you to earn Void Shards to try your luck and draw Void Legends. Simply complete your daily quotes, special events, and more to get them more. 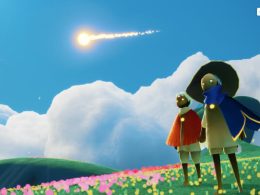 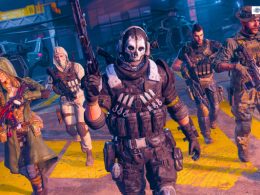 The Duty Calls For Victory Call Of Duty mobile is a great multiplayer FPS game for mobile phones.…
byDebamalya Mukherjee