Artificial Intelligence, shortly known as AI, is one of the latest technologies ruling the modern world. As a result, more and more tech-savvy people are tilting towards it. Nowadays, multiple business processes and personal care initiatives stand on AI.

Moreover, the best part of AI is its predictive power. This impossible has changed to reality and opened doors to new possibilities for the future.

However, there are several risks of artificial intelligence that most people are just unaware of. Here, you would learn them. This content deals with the definition of Artificial Intelligence and its potential risks. Go through them if you work with AI. Then, it can help you to avoid the risks as you would have a solution for all of them.

Artificial Intelligence is a computer’s ability to perform different types of tasks. These computers are robots, and they have intellect like human beings. Mostly, AI-enabled computers have the power to reason, analyze, generalize and learn from previous experiences.

However, the concept has become quite common among youth now, and they can use AI in their everyday lives; development is still ongoing. So, in this situation, you can talk about both benefits and risks of artificial intelligence.

In this article, you can go through the risks of AI. Have a look at the following points and determine if it is worthy of usage today.

Here are the real risks of artificial intelligence that nobody talks about. The main reason for this is several attractive features that AI provides. Take a look at the following points, and you can know it all.

1.  Algorithms Are Based On Biased Data

At present, most algorithms of AI contain biased data. As a result, it is turning into a disadvantage for ethnic minorities. All outputs would be discriminatory in the backdrop of such discriminatory data in the AI algorithm. Now, you can consider this a risk and a threat to humanity. It is so because most people would think the output of the AI algorithm is true.

A majority of AI algorithms are developed on neural networks. Now, they lack the power to indicate their ‘motivation’ on decisions. This leads the user only to see the output. So, no users would know on which basis the AI has reached such a decision. This can be a big problem as no human beings can get access or a chance to manipulate AI systems’ motives.

Massiveness is one of the major risks of Artificial Intelligence. At times, AI can manipulate primary human thought. Any normal human being would fail to control the entire system in such a scenario.

In the future, if people start giving too much autonomy to the AI systems, it will be a mess. There would be a risk for the average human being to lose their thinking capacity.

The companies who have developed the AI systems had a common goal to access all our data. Now, that is the reason why AI systems are massive. In such a condition, it would become too easy for the big-tech companies to manipulate the thoughts of normal human beings based on daily data analysis.

Furthermore, the development and compatibility of IoT with AI can turn a machine into a humanoid. These humanoids can be a curse to future humanity as they would be super-intelligent and can control their manufacturers.

5. Risk Of The Development Of Autonomous Weapons

In the list of future risks of Artificial Intelligence, you can consider the aspect of unreliability as a prominent one. Whether in partial or total control of the AI, news and news filtration system can entirely go unreliable. Well, you know that it is an obvious fact that AI can anytime turn the night into the day.

7. Negative Impact On The Labor Market

The global labor market will face complete devastation if AI covers up all fields of business. The tech giants would only concentrate on making machines that would work like human beings.

If you have read the article till here, it is probably clear to you that a large mass of human beings globally would lose their working skills. So you can count this as one of the risks of Artificial Intelligence.

10. AI Being Too Weak Against Hacking

As there is no or little privacy in AI, hacking it would be easier. This can lead to massive data leakages in the future, and people would always fear providing financial and personal data online.

Q1. What Are The Risks Of Using AI?

AI systems are risky to use as they have less privacy and unclear motives. These are reasons for the risks of artificial intelligence in healthcare too.

Q2. What Are 3 Negative Effects Of Artificial Intelligence?

The three adverse effects of Artificial Intelligence on society might be loss of jobs, human thought augmentation, and AI terrorism.

Q3. What Are 4 Risks Of Artificial Intelligence?

The four risks of Artificial Intelligence have increased unemployment, loss of human skills, the shift of global control on the hands of tech giants, and unreliability to the news.

Artificial Intelligence might seem to be one of the technological updates right now, but the future can be dark. All you need to do is keep in mind all these points and speak up about the risks of Artificial Intelligence on any platform. Awareness can only help people to get the knowledge and use AI to a specific limit.

Author
Suchisman Chakraborty
Suchisman Chakraborty is a passionate blogger having a career of four years. He is also a travel enthusiast. He loves writing blogs on niches like travel, lifestyle, entertainment and many others. Moreover, he keeps interest in global folk and country music as a musician. 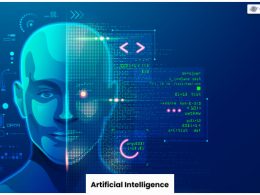 What Is Artificial Intelligence? A Brief Explanation

We see arduous tasks automated by using computers and other devices in our daily lives. From streetlights switching…
byDebamalya Mukherjee 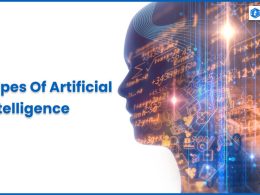 What Are The Types Of Artificial Intelligence? How Does Artificial Intelligence Work?

When you seek a job opportunity in artificial intelligence, the first thing you need to know is how…
bySubham

What Are The Examples Of Artificial Intelligence?