What Is A Vector Robot? Read More!

The time when humans and robots will stay together is not that far away anymore. It is happening right now with technological advancements. There are many robot units available in the market to make things easier for you. One of them is the Vector robot that is offered by Anki.

It is a home robot for adults that will take a step beyond the learn-to-code robots. You can play games with it, ask different questions, and pet the robot. However, the Vector is not made to focus much on functionalities, but Anki put a lot of effort into creating the personalization.

As Vector is fully autonomous, you can create something surprising with this robot. Vector is similar to Anki Cozmo Robot in terms of looks. It is nearly 3 inches in height and small in size. The vector robot fits perfectly into your palm and is very easy to carry too. You can leave it on a small table to operate around.

Leaving it on the floor might be much more dangerous as you can step on it and make it. Wherever you keep it on a table or other places, it will check all the surroundings. There are many sensors in this robot that help to detect every little object. Here is everything you need to know about the Vector robot.

What Is A Vector Robot?

Vector is one of the best-selling robots from Anki that is similar to the Cozmo robot in looks. It is very small in size and compact to move around. The tiny hands of this robot help to pick up little things like a plastic cube. Investigating the surroundings and detecting all the new objects is the primary work of Vector.

However, you have to pay attention to it as the size of this robot is very small. Apart from lifting small objects, the robot also recognizes faces and reacts to sounds. Compared to the Cozmo robot, the Vector robot is far more self-sufficient. Vector the robot is able to find the charger on its own.

This robot comes with machine learning that helps to recognize people’s faces. Thanks to beamforming microphones, it can also detect the direction of the sound. In the four corners of the Vector robot, you can find cliff sensors that prevent it from falling off the table. So, it is completely safe to keep the robot on the table.

You do not have to worry about tethering your phone with this robot to make it work. Anki has managed to put almost a midrange smartphone in this robot that helps it to operate without any help. It is a modern robot with a lot of features. Still, it might not be what you are expecting from a home robot.

What Does A Vector Robot Do?

Vector Robot does not have the ability to vacuum your floors or bring a water bottle. It is hard to categorize into any section of a robot as Vector is very different in terms of features and activities. You can call it a robot pet or toy but it does not provide functionalities like Echo Dot and others.

As the company has focused on the personalization of this robot, they don’t want Vector to be judged on raw utility. They want you to have an emotional bond with Vector and keep it as your sidekick wherever you go. Vector robot’s skills are limited like Cozmo but it is very enjoyable for adults.

The team of Anki including animators, engineers, designers, and others has spent a lot of time to achieve this goal. Just like any other smart speaker in the market, you can say a keyword to activate Vector. It responds very quickly thanks to the four microphones. Unlike other speakers, Vector will turn around to you when you are interacting with him.

However, Vector will only turn around to you when it understands what you are asking. If he does not understand and only hears your voice, then he will respond by just keeping the perks up. You can expect an answer from it as well when it turns around. This way it is easier to engage with compared to other robots.

You can learn about anything from this robot with voice commands. However, it takes less time to pull out your smartphone and get the same information. So, why go with Vector Robot? The answer is pretty simple, the personality and the feel of conversation make you interact with Vector the robot for information.

The robot is designed to make the users feel emotionally chatting with him. It will make you want to talk with him even when you do not have anything to ask particularly. Instead of Google Assistant or Alexa, this robot uses a custom voice assistant that is both fast and responsive.

It is done by the company to boost the personality of the robot. As Vector has its own behavior traits, quirks, desires, response system, having a custom voice assistant is best for it. With all the things customized, getting a different voice assistant will just kill the effects of being different.

Unlike other robots, Vector does not only transmit the information to users but it has its own opinion as well. Small things that help to highlight the personality of Vector are included with this robot. Most of the regular information like asking the time, weather, and setting a timer is not any different.

But it has its way to show things, for example, it wipes his face when talking about rainy weather. If a timer goes off, then Vector will be shaken by the sound of bells. These little things make it more enjoyable for users. If you want a buddy to interact and have fun with, then grab a Vector robot for sale online.

Vector Robot is one of the popular products of Anki with a lot of personalization traits. Know more about how it works, the expertise list, features, and many other things about this robot. You can also take a look at the specifications of Vector to know if it is right for you.

3 Beginner Mistakes You Should Avoid Before Investing in Cryptocurrency 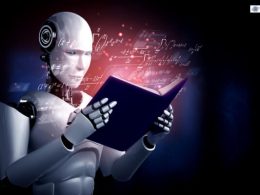 What Is Artificial General Intelligence?

Do you want to know about artificial general intelligence? If yes, you have to continue reading this article…
byArnab Das

If you are a beginner and using the Trust Wallet for the first time, it might be hard…
byRed Hat Media 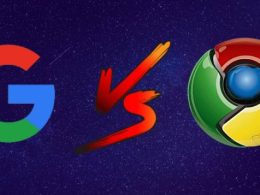 What Is The Difference Between Google And Google Chrome? Best Answer On Google

The technology giant Google offers a plethora of Internet-based products. The company is strongly famed for being an…
bySaili