Home  »  Computing   »   What Are The Types Of Artificial Intelligence?

What Are The Types Of Artificial Intelligence?

Artificial Intelligence has been around humans since the late 1950s and early 1960s. It was first created as simple programs to do humane tasks that make work easier. However, it soon evolved over the years to conduct many detailed studies – often doing them better than humans.

What Is Artificial Intelligence?

Before we further discuss the various types of artificial intelligence, let us first understand them. Artificial intelligence is nothing but a set of codes and programs that allows specific devices and machines to conduct tasks without our input. This automation of repetitive tasks has made work easier for humans globally.

This means that many menial and repetitive tasks that we perform in our workplaces every day get automatically done by them without us commanding them to. This is because engineers have programmed the device to act on its own when certain conditions arise.

According to most experts, there are 4 types of artificial intelligence. They are:

Reactive machines are one of the most basic types of artificial intelligence that people use every day. These machines take in input from us and provide a suitable output. These machines do not machine learn anything and do not apply too much critical thinking.

An example of reactive machines is the face lock app in our smartphones. The AI detects our face (input) and then unlocks our phone if it identifies us as the device’s owner (output).

Limited Memory is one of the types of artificial intelligence that does only a little bit of machine learning. Instead, it reacts to simple processes that get automated after information about the process gets stored the first time around. These act as enhanced versions of reactive machines.

An example of limited Memory AI would be the Google Advertisements. When you search about something in Google with some keywords, Google stores this information and automatically shows you advertisements related to those keywords.

Some developing artificial intelligence that falls under this category is virtual assistants like Alexa, Siri, and Cortana. They notify you of your scheduled meetings, weather updates, the latest news, and many more at certain times of the day based on your habits.

The development of such types of artificial intelligence is still decades ahead of us. They will be robots that we have seen in movies like iRobot and The Matrix that can destroy all humanity. But, jokes aside, they will behave like humans, without any flesh and blood.

Types Of Artificial Intelligence Based On Their Capabilities

Many experts prefer classifying AI based on what actions they can perform. These are:

This is one of the most basic types of artificial intelligence. These machines are similar to reactive machines – they have very little functionality and require human input to start a process. They also do not have any form of machine learning and store very little information about the user.

These bits of intelligence are programmed to do one particular task very well, even being better than humans if the coders did a fantastic job. They replicate mundane and repetitive human tasks. All AI created to date fall under this category, as there are only a few developing projects of AGI.

Suppose you want an artificial being that replicates every human action to the utmost perfection. In that case, AGI is what you are looking for. These machines can store data and automatically provide output, just like how a human brain works.

Creating an AGI system is not possible yet because programmers need to create an artificial human being technically. However, AGI devices will automatically analyze situations, critically evaluate them, and provide the best solutions possible.

A basic example of AGI includes Google Maps, which automatically measures the traffic of roads and suggests the best route possible.

We are venturing into science fiction territory seen in Hollywood with ASI. These devices can do every action a human can, providing 100% perfection every time. In addition, such machines will gain a level of sentience that will transform them into artificial beings even better than humans.

The movie The Matrix explored an excellent example of ASI in the film The Matrix. This movie depicts humankind controlled by machines in a dystopian future because “they” deemed humanity to be too independent to achieve peace in this world. The creation of ASI is dangerous, with such waters not yet trod on.

The four main types of AI are Reactive Machines, Theory of Mind, Limited Memory, and Self Aware ai.

Q2. What Are The 3 Types Of Artificial Intelligence?

Q4. What Are Different Types Of Ai?

Now that you should know about various types of artificial intelligence that exist so far. We hope that we have inspired you to create new intelligence that pushes humanity towards greater heights. If you liked reading this article, give it a thumbs up and check out our other similar articles!

Artificial Intelligence, shortly known as AI, is one of the latest technologies ruling the modern world. As a…
bySuchisman Chakraborty

What Is Artificial Intelligence? A Brief Explanation

We see arduous tasks automated by using computers and other devices in our daily lives. From streetlights switching…
byDebamalya Mukherjee 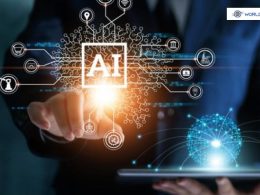 What Are The Examples Of Artificial Intelligence? How Does Artificial Intelligence Work?

When you seek a job opportunity in artificial intelligence, the first thing you need to know is how…
bySubham