5 Common Mistakes You Need To Avoid When Using A VPN

We have all been guilty of going on an entire browsing spree on the internet!

Whether we are talking about downloading so many movies that the internal memory our system shouted,

Or, it could be playing so many online games that a literal ‘stop it’ reaches your ears.

It is probably your mother!

It is not a shame to admit that we have all jumped into the rabbit hole of the internet, and it is fun. But, at the same time, the internet can be a scary place, and it is our duty to protect our identity and our system from malware attacks.

How do you ask?

Well, there could be many ways. But, two of the most important ones are having an antivirus installed on your computer or using a VPN.

Today we will talk about having a VPN.

What Is A VPN?

A VPN or a Virtual Private Network is a personal network that hides you from the network which your ISP provides.

This is especially important when you are browsing over the internet, and all you need is for someone to get hold of your IP address for a disaster. This is because your IP address is like the key to all the treasure in the system.

Never take VPN for granted because hackers are always waiting for people to make such mistakes.

For example, you are downloading something from The Pirate Bay, and suddenly you find your system infected with a virus. A VPN will always protect you from being a victim of these activities.

Trust us, these encounters are worse, and you might lose some confidential data in your system.

Let’s say you already use a VPN, then what is the big deal!

Well, your computer can still be corrupted because of these five mistakes, which are very common when you use VPN, and you should be aware of them.

We talked to many VPN users, and these are the most common mistakes that we have discovered.

When one is using VPN, they automatically think that the system is ironclad. That they wouldn’t need anything else to protect your computer when you have a VPN.

That is not true!

Even though VPN is protecting your online presence, what about the downloads that remain with you offline?

Thus, you should get good antivirus to scan the things that you are bringing to your PC.

Yes, it is free, but there is a possibility that the network is mostly stolen. No free VPN can give you the protection it promises.

It is a hoax, so stay away!

3. Forgetting To Keep It On At All Time

You are not just supposed to keep it on when you are browsing or have something to download.

Your job is to keep the VPN at all times. Because even though you do not have your WIFI on, or you still have your personal information over the internet.

Therefore, please keep it on all the time.

4. Not Checking The Internet Speed

Some VPNs are notoriously known for slowing internet speed.

This is because the VPN essentially interrupts your ISP-provided network, and it becomes slow.

If you are choosing a VPN on the first go, you are making a mistake. You should always use a few and experiment with the speed before choosing one.

In the end, it all boils down to how well your research is!

Whether they provide too many networks because that is suspicious, these networks are mostly bought, and if there are too many, they are probably stolen.

Do they have a tie-up with a third party who is accessing your data etc.? Again, get all this information before you get the VPN.

Use the VPN wisely because they are indeed protecting you!

Always keep it on, especially when you are in a cafe and using someone else’s wifi. Plus, anytime you are downloading anything from the internet.

Then, don’t forget to run it over the antivirus!

Author
Sumona
Sumona is a persona, having a colossal interest in writing blogs and other jones of calligraphies. In terms of her professional commitments, she carries out sharing sentient blogs by maintaining top-to-toe SEO aspects. Here’s How To Keep Your Home Network Safe

These days, you can’t do enough to protect yourself from hackers and other cybercriminals. The threat of hacking…
byArnab Dey 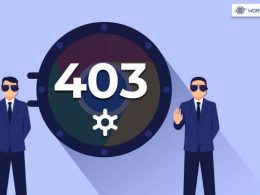 Why Do You Need A Proper Security Officer Management System?

Cybercrime has become an unfortunate part of business life in today’s connected world. However, this doesn’t mean you…
bySumona