Home  »  Technology   »   What Is The Difference Between Google And Google Chrome? Best Answer On Google

What Is The Difference Between Google And Google Chrome? Best Answer On Google

The technology giant Google offers a plethora of Internet-based products. The company is strongly famed for being an innovative powerhouse and takes the lead with respect to technological advancements and changes. I hope you are well aware of the services offered by Google like Gmail, Google Maps, Google Drive, Google Play store, etc.

Google Chrome is one such web browsing service offered by Google. But the question that arises now is What Is The Difference Between Google And Google Chrome. If you are looking for the answer to this question, you are at the right place. In this blog, we will make you understand pointwise how Google differs from Google Chrome.

So, stay tuned with us and keep reading to find what is the difference between Google and Chrome!

Who doesn’t know about Google, raise your hands! I am sure the name isn’t unknown to anybody who is here on this page. However, you all recognize Google as a technology company rather than as a search engine. Yes, it’s cool to browse whatever you want on Google, but the phenomenon is unexplored.

\We will be throwing some light on that part here. Google is a fully automated search engine using software such as web crawlers that traverse across the web world regularly to find the sites index them. In its true sense, the majority of the sites listed on Chrome aren’t manually submitted. The crawlers add them automatically when they crawl the web.

Google Inc has its own Google Search Android app and iPhone app, both capable of acting as per the Google voice commands. The more advanced search functions like Google Now, advanced voice commands, and searching through mobile devices are available on the Google Android Search app.

What Is Google Chrome?

Google Chrome is a cross-platform web browser developed by Google, released in 2008 for the first time. The primary version was for Microsoft Windows, developed with software components like Mozilla Firefox and Apple Webkit. Later, it was ported to macOS, Linus, iOS, and Android, where Google Chrome was the default browser.

Google Chrome is also the main component of the Chrome OS, where it acts as the common platform for web applications. As of October 2021, StatCounter estimated that Chrome holds 68% of the international browser market share on personal computers (PC). Its usage is more on smartphones and tablets in the form of the Google Chrome app and at 65% across all the platforms combined.

As a result of this exponential success, Google has extended the “Chrome” brand name to a range of other products like Chrome OS, Chromecast, Chromebox, Chromebase, Chromebit, etc.

What Is The Difference Between Google And Google Chrome?

Now that you know what is Google and Google Chrome individually, here is the most awaited part. What Is The Difference Between Google And Google Chrome? The answer is revealed. Check it out:

Some More Facts About Google And Google Chrome

Once you understand Google Search and Google Chrome, it’s quite easier to detect the differences between the Google LLC-offered online services. What Is The Difference Between Google And Google Chrome? You now have the answer. Wanna learn some more facts About Google Chrome And Google? Here is everything you want!

I hope by now the debate between Google Vs Google Chrome is clear to you.

Q1. What Is The Difference Between Google And Google Chrome?

Q2. What Is Google Chrome All About?

Google Chrome is a Google-developed free web browser used for accessing Internet web pages. According to the statistics of May 2020, it’s one of the most popular browser choices globally, with more than 60% of the market share.

Q3. Do I Need Both Chrome And Google On My Tablet?

You need just a browser to open the websites, but it necessarily doesn’t have to be Chrome. Chrome is basically the stock browser for Android devices. Also, you can search from the Chrome browser and don’t need a separate Google Search app. Although, the Google app has more functionality than Chrome.

Do you have any more questions about “what is the difference between Google and Google Chrome?” Do let us know in the comment area below if you have. We will try to clear that out.

Author
Saili
Saili Ganguly is a content developer both by passion and profession. She loves to travel, read extensively and observe whatever happening all around. Her favourite niches are technology, travel, health & fitness and beauty. She is an expert in creating SEO friendly content as well. At present she is working with a firm as a content executive. 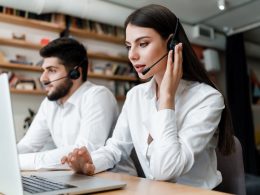 How To Recover Lost Clients? – Practical Guide To Win Them Back

Sometimes clients or customers have problems with the company, leading them to have some kind of confrontation with…
byArnab Dey

How To Reset Google Home Mini? Check It Out!

Google Home Mini is one of the popular products from Google used by billions of users worldwide. These…
bySofia
1 share
1
0
0

What Are The Three Marketing Objectives That Can Be Met Via Targeting On Google Display Ads?

Q1. What Are The Three Marketing Objectives That Can Be Met Via Targeting On Google Display Ads? Build…
bySofia
19 shares
19
0
0 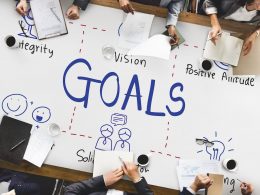 How Can Google Ads Help You Advance Your Business Goals?

Q1. How Can Google Ads Help You Advance Your Business Goals? Building awareness of your brand. Driving online,…
bySofia