Home  »  Technology   »   What Are The Top 10 Best Netflix Competitors That Come With Similar Features?

What Are The Top 10 Best Netflix Competitors That Come With Similar Features?

Video Streaming has become quite common, and Netflix has turned into a best friend for the youth globally. Nowadays, people take Netflix packages to watch their favorite films and TV shows rather than a cable subscription. However, there are some fantastic competitors of it.

If you are not sure who are Netflix competitors, study the following points to know in detail. Proper knowledge about the video streaming platforms can help you choose the right one. The best you can do is subscribe to two to three media at a time and cover up their content. For now, have a look at the following list:

YouTube is one of the oldest video streaming platforms and is especially famous among vloggers. The best part of this platform is it does not demand any subscription. However, there is a Youtube Premium that allows the viewers to watch exclusive content.

Moreover, Youtube TV allows viewers to watch television programs from multiple cable TV networks at cheaper rates. As a result, it is quite popular in different parts of the world.

Amazon Prime Video is yet another competitor of Netflix. It had the top position among Netflix competitors in 2020, and the scenario is just the same now. This platform launches a number of original shows, films, web series, and documentaries.

The Apple TV+ has gained much popularity as it is cheaper than Netflix. It also comes with a trial period of free days, which is not present on Netflix. Moreover, Apple TV+ is in this Netflix competitors list due to the uniqueness in the library. Unlike Netflix, it contains shows for people of all ages.

Paramount has always been a known name in the production industry. Now, Paramount+, the video streaming app, has become one of the leading Netflix competitors.

It is up for a healthy competition with Netflix regarding original titles. At present, Netflix has over 1500 original shows, whereas the Paramount+ original shows are below 50. However, Paramount claims to boost it with more than 50 titles by 2024.

You can find programs for all ages on the Paramount+ platform too. Moreover, due to its merging up with ViaconCBS, subscribers can watch TV shows of MTV and Nick.

Finally, Paramount+ provides free trials for its entire library, unlike Netflix. You can consider this one of the main reasons why Paramount+ is gaining interest.

Few can deny Disney+ when talking about Netflix’s top competitors. It has a tie-up with several production houses, and you can watch many things taking the subscription. Some leading tie-ups of Disney+ are Pixar, Marvel, NatGeo, and StarWars. These tie-ups keep Disney in a decent position regarding Netflix’s competitor’s stock.

The USP of Disney+ is its library which contains a lot of programs for children. Even the family programs on this platform are full of nostalgia, unlike Netflix.

Showtime has become famous among the US audience due to its versatile library and low fees. Well, if you are a games and sports fanatic, always consider taking the Showtime subscription besides Netflix.

CuriosityStream backs a position in this list of Netflix main competitors due to the similar features. Like Netflix, it provides video streaming services with a lot of films, web series, and documentaries.

Hulu’s present customer base is restricted to only US and Japan, and you can consider this a future Netflix competitor. This app was launched in 2007 and had been developing since then. The main USP of Hulu/Hulu+ is its programs from Several networks like FOX, ION Television, Bravo, Oxygen Syfy, etc.

HBO Max is a new video streaming app launched in 2020. Generally, it targets the US audience and has developed quite fast. The main USP of HBO Max is its cheap package and extraordinary content.

You can observe all the content on HBO Max, mainly targeting people between 18 to 34.

As HBO has a long history as a TV channel and a production house, experts think it would shine as a video streaming app within a few years.

Sling TV is a similar video streaming app but probably not one of the strong competitors of Netflix. This app mainly streams television shows and is prominently present in the US. Moreover, it has no original title till now. So, you can consider Sling TV to take much time to be a good competitor to Netflix. Wait till you see where Sling TV reaches by time.

Q1.  Who Is The Main Competitor Of Netflix At Present?

Q2. What Is The Biggest Threat To Netflix?

The biggest threat to Netflix is the traditional TV. Moreover, Youtube is another Netflix competitor in terms of viewing time.

The Streaming War is the biggest threat to Netflix in its industry. It can either kill Netflix in a few years, or it might kill others. It is totally the game where the fittest would survive.

Q4.  Is Hulu Or Netflix Better?

Netflix has a massive library enriched with exciting content compared to Hulu. However, Hulu takes the lead as it has a live TV plan.

As per the final takeaway, you can consider the leading Netflix competitors strong. So, it would always be a challenge on Netflix to stream high-quality video content. However, there are only a few areas in the world that experience the manufacturing of good films and documentaries.

In such a scenario, Netflix would need to improve its regional libraries to be relevant to different countries. However, it can help the platform sustain itself in the market longer.

Author
Suchisman Chakraborty
Suchisman Chakraborty is a passionate blogger having a career of four years. He is also a travel enthusiast. He loves writing blogs on niches like travel, lifestyle, entertainment and many others. Moreover, he keeps interest in global folk and country music as a musician. 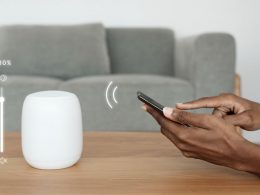 How To Reset Google Home Mini? Check It Out!

Google Home Mini is one of the popular products from Google used by billions of users worldwide. These…
bySofia 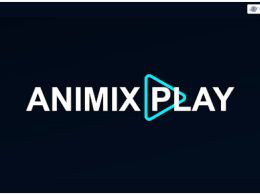 If you want to stream anime shows and movies, there are plenty of websites available that you can…
bySofia

How To Upload Music To Amazon Music?

Amazon is one of the largest e-commerce websites in the world. It offers plenty of goods to customers…
bySofia
1 share
1
0
0 YouTube is by far one of the most popular social media platforms used by billions of users. You…
bySofia
23 shares
23
0
0